You’re offline. This is a read only version of the page.

Background
By default, a MIKE 11 model containing control-rules shows no sensors visible to the user. When this model is imported into MIKE+ Rivers (or MIKE HYDRO River) several sensors are created. Where do these sensors come from, why are they added to the model? There are conceptual differences when defining control structures in MIKE 11 vs. MIKE+ Rivers (or MIKE HYDRO River). Fig. 1 shows an example of a model with 281 Control Structures in MIKE 11 but with no sensors. 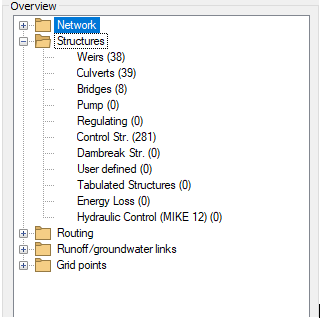 Fig. 1 -281 Control Structures in MIKE 11 with no visible sensors

Solution
The surplus of sensors is not created by mistake when the model is migrated to MIKE+ (or MIKE HYDRO). In fact, the concept of control structures in MIKE+ has changed due to the use of MIKE 1D as the numerical engine instead of MIKE 11. In MIKE 11 sensors did not exist as such and were implicitly defined directly within the control structures. In MIKE 1D those sensors are brought to light for the user to simplify the concept of control structures.  Take this example, the model in MIKE 11 model (migrated later to MIKE+) for instance the control rule at branch ‘storm_event_flag_S57’ at chainage 1000, the gate type that is controlled is ‘Discharge’ and there are three different control definitions with priority from 1-3 as shown in Fig. 4.

Consequently e.g., for the 1st control definition the discharge is set to 2 m3/s when certain criteria/conditions are met. This is shown when clicking on the Details button, in this case the ‘Logical Operands’ tab. Hence when the average (‘Operator’ field) value for the 1st hour (defined in the ‘Period’ field with start/end time value of ‘1,0’) of water level at Branch ‘C-30’ chainage ‘2026’ is higher than 18.8 m then the Discharge is set to 2 m3/s. For the 2nd control definition, a timeseries is defined as the value to getting checked against (instead of the constant value of 18.8 m for the 1st control definition). The 3rd control definition sets a zero-flow value to the structure when neither of the first two control definitions are true. The ‘Location’ and ‘Gate type’ of the Control structure in MIKE 11 is defined as ‘Direct discharge’ in MIKE HYDRO River, as shown in examples in Figures 5 and 6.

The location and type (water level at branch C-30 chainage 2026) specified in the Logical Operands of Control Definitions dialog in MIKE 11 is transferred in the Sensors editor in MIKE+ Rivers (also MIKE HYDRO River) when importing the MIKE 11 model setup (an appropriate ID is given: s:h:C-30_2026) – see examples in Figures 7 and 8. 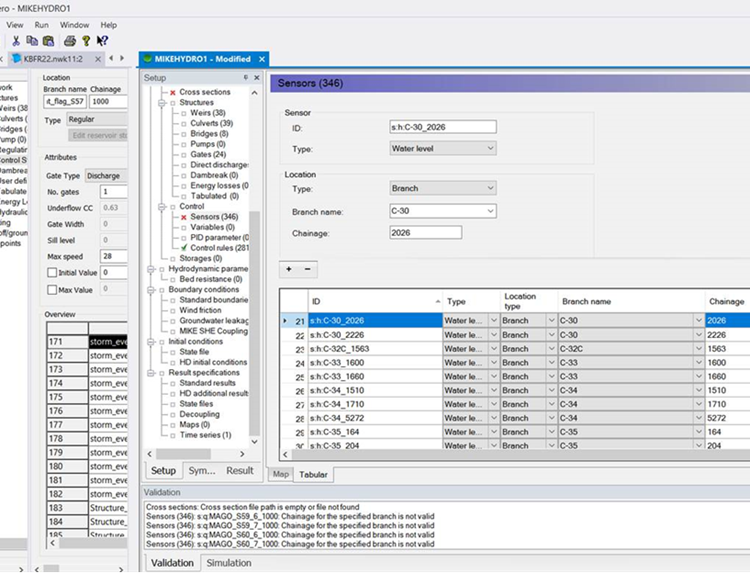 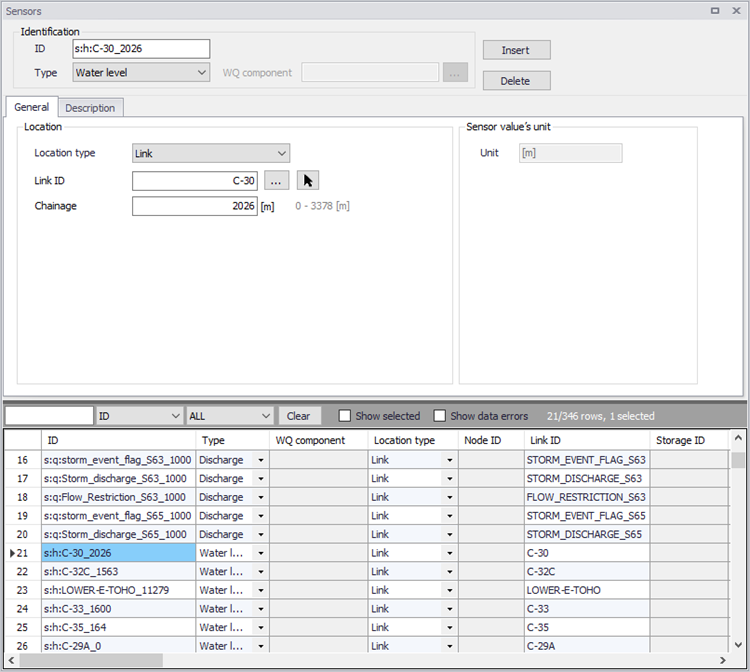 The control definitions in MIKE 11 are listed in the Control rules editor in MIKE+ Rivers. Particularly in the General tab the controllable parameter is specified (for the specific case it is flow that has been defined as the ‘SEF_S57’ Direct discharge structure) - see examples in Figures 9 and 10. 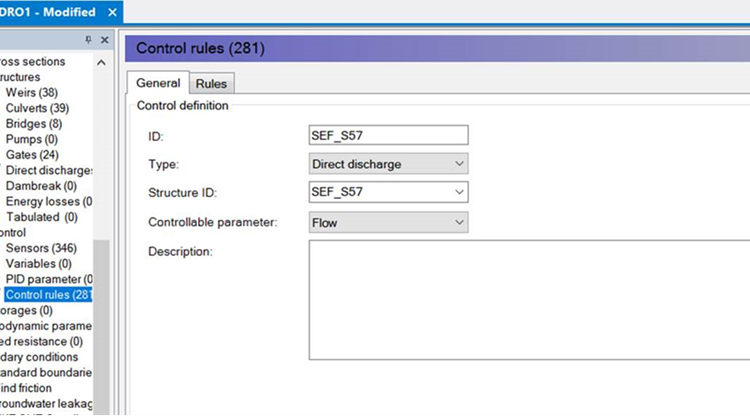 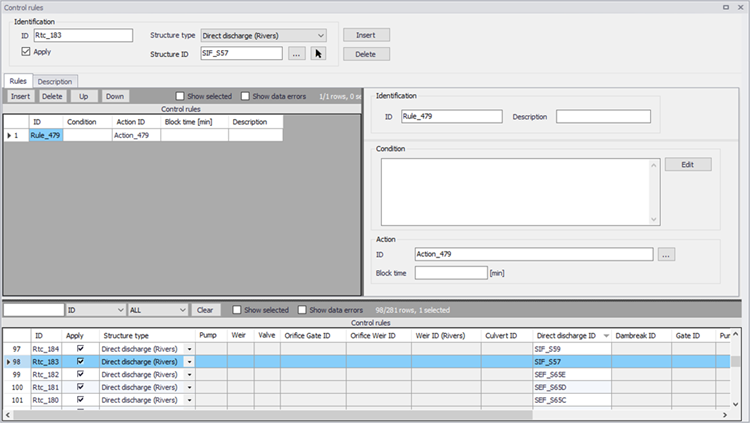 The priority criteria for the operation of the flow structure are defined in the ‘Rules’ tab in MIKE+ Rivers (also in MIKE HYDRO River), with the specific Conditions and respective Actions - see example in Figures 11 and 12. 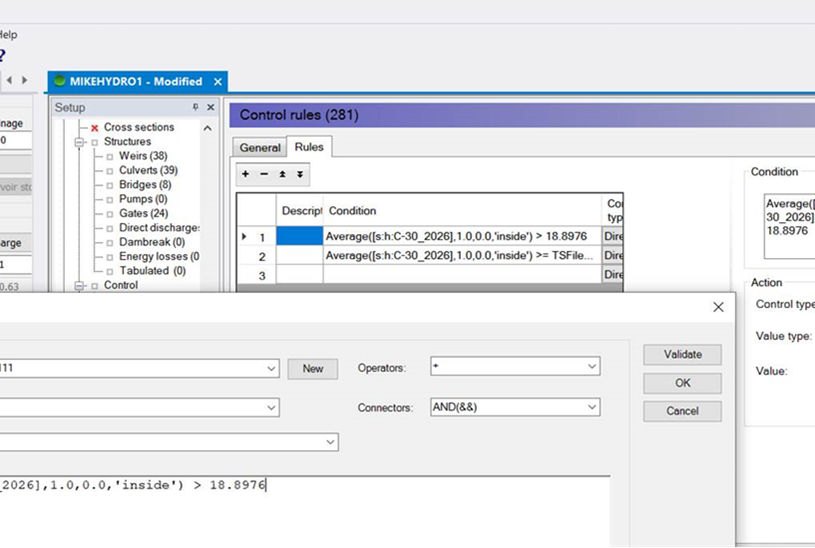 Conclusion
The change of concept in the MIKE 1D engine allows the user to understand and visualize the different sensors applied to controlled structures in contrast to the former MIKE 11 engine which defined those sensors implicitly.